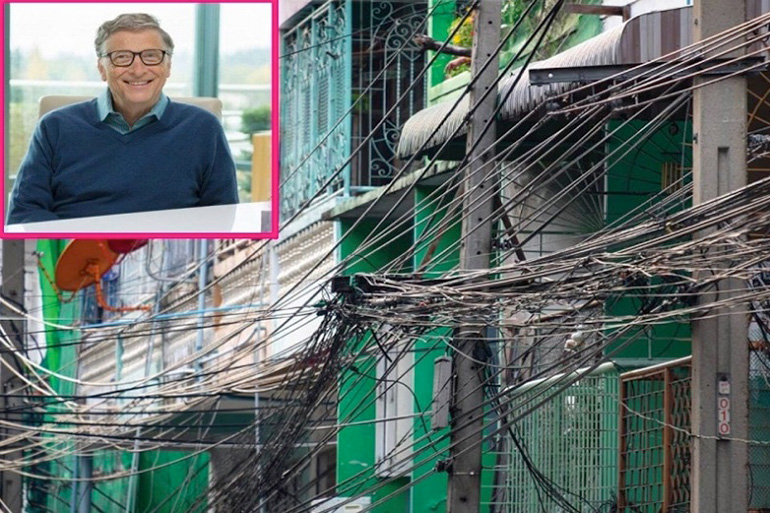 And he even posted one of his holiday snaps in the kingdom – a tangled mess of wires that is a familiar sight for residents in most Thai cities, reported Daily News. But some were cross with his claim that suggested people in Thailand were stealing power from the grid.

The joint founder of Microsoft was commenting for followers on his Facebook fan page.

“Due to faulty infrastructure, many urban areas suffer from frequent blackouts and power cuts, and the electrical grid often doesn’t serve the people who need it most.” he said.

“I’ve visited many cities filled with tangled wires such as those in this photo from Thailand, where people have illegally tapped into the grid on their own to get the power they need—at great personal risk.”

Lots of people took to the Daily News site to comment about Mr Gates’ observations. Some generally agreed. Sombut Dispanunit said: “Embarassing isn’t it? What a mess. There are no standards and there is no improvement. Even in new housing projects the electrical systems are just the same.”

But Surasi Maawai said: “Sure I hate those wires. But there are not many power cuts. And people in Thailand don’t steal electricity as he says. Don’t look down at the Thai people.”

Others just poked fun at the American billionaire saying that the Thai electrical systems worked as well as his Windows 10 operating system.